We have smartphones and smart watches. But do we need a smart … rice cooker?

What even is a smart rice cooker?

And, wait, isn’t rice the easiest food in the world to make?

These were some of the many questions that crossed my mind when Chinese smartphone maker Xiaomi Corp. launched its 999 yuan ($155) smart rice cooker last week. In the name of science, I lugged one back to China Real Time’s test kitchen. The mission: to see if rice really does taste different with the help of big data. Was there a grain of truth to Xiaomi’s claims?

Xiaomi’s rice cooker is its latest addition to its menagerie of smartphone-controllable home devices. We’ve been told that in the future, all of our devices will be smart and interconnected. Scrolling through Xiaomi’s smart home app, I realized the future is here. Sort of. If the future is being able to use a single app to control your lamps, webcam, air purifier, water purifier (a lot of things need purifying in China) and, yes, rice cooker – then the future is here. In China.

Before attending the Xiaomi launch, I had considered the technology of rice-making roughly as many times as the average person, which is zero times. 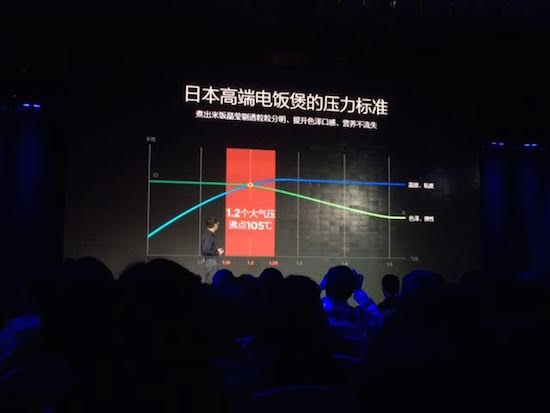 But as Xiaomi’s ecosystem chief Liu De explained at the launch, rice actually tastes different based on the pressure and temperature at which it’s cooked. As proof, he presented the graph above, which clearly indicates that rice Sweetness and Stickiness (blue line) equals Color and Texture (green line) at 1.2 atmospheres of cooking pressure. While it’s not immediately clear why we’d want sweetness to equal color, the key point here is that the makers of premium Japanese rice cookers have determined after scientific experimentation that 1.2 atmospheres and 105 degrees Celsius produces the tastiest rice. 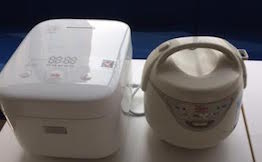 China Real Time’s experiment was not, strictly speaking, a scientific one. I tested the Xiaomi rice cooker against the only other one I had on hand, my personal “Supor” brand rice cooker, which I’d purchased from a local grocery store upon moving to Beijing last year. I had chosen the Supor appliance based on price without knowing anything about the brand, but it turns out that Zhejiang Supor Co. is China’s largest cookware maker and was acquired in 2006 by French company SEB Internationale SAS.

Nevertheless, the Supor rice cooker is not a smart one. It is a dumb one with exactly two settings: “on or off,” and “rice or porridge.”

Xiaomi’s rice cooker can be controlled by its MiHome app, which is a pretty nifty concept. But setting up the app is not the easiest process. It took me around half an hour. 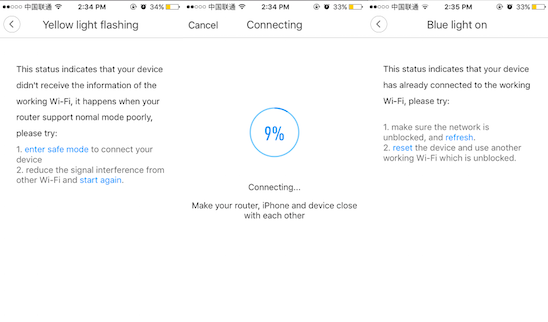 The cooker had trouble establishing an initial connection to the Wifi network, with the app imploring me to “make your router, iPhone and device close with each other” before telling me it had yet again failed to connect. 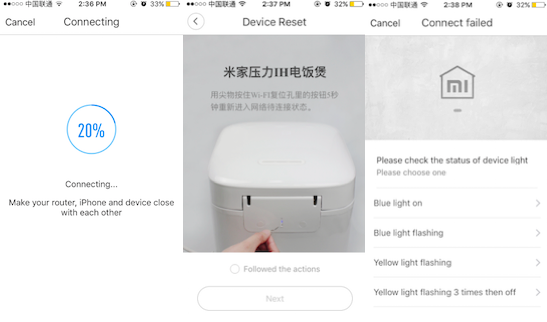 After resetting the rice cooker through a pinhole with the sharp end of an earring, we had crossed the first hurdle. 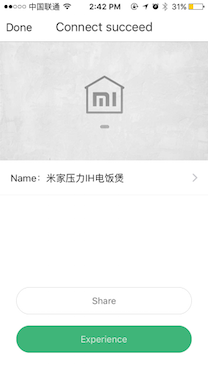 Next, I needed to select my rice variation in the app to ensure proper cooking settings. This was a head-scratcher. I had a box of “organic rice,” but was this “Dongbei rice” from China’s northeast? Or was it “thin seedling rice,” whatever that meant (I later found out this means Jasmine rice)? Pearl rice? Sticky rice? Hunan rice? Zhejiang rice? I was overwhelmed with “Rice Choice.”

In a panic, I chose the “scan” option. But the app wouldn’t read the barcode. Help! On the third try, the barcode scan worked. Phew. Ignorance of rice varieties would not stop me from making smart rice. 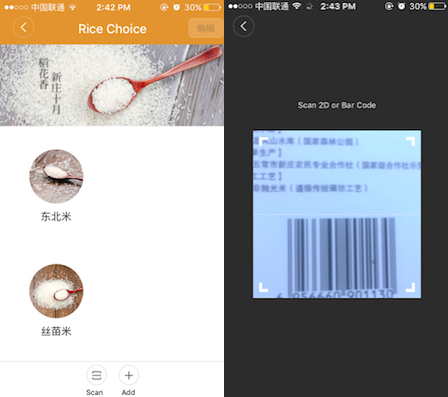 The next step was selecting the desired texture, well-done or al dente. As Xiaomi’s executives had trumpeted, this was the world’s first rice cooker with a full “taste curve” continuum, the precise texture selectable by slidebar on your smartphone. 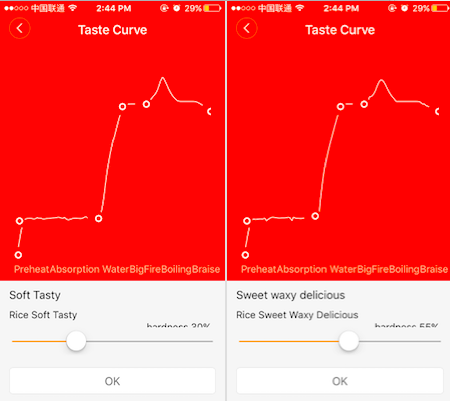 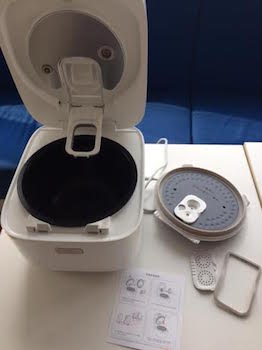 A few colleagues were wary of the idea of “waxy” rice, but it sounded pretty fine to me. You’ll note that the app interface isn’t quite ready for prime time, with some of the words cut off the screen. But that was okay, as it didn’t interfere with operation.

And with that, it was finally hardware time. Luckily the device came with a “Rapid Disassembly and Assembly Directions” card, which I dutifully followed without scrutinizing closely enough at the onset. At the end of the instructions, I realized it was more disassembly than assembly. I had successfully disassembled the rice cooker.

​Five minutes of reassembly later, I was ready to cook some rice. It was here that I realized I would not actually be able to escape learning the difference between Dongbei rice and thin seedling rice. 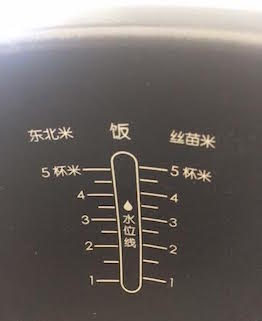 The bowl of the Xiaomi rice cooker.

​The bowl of the smart rice cooker requires different water levels for Dongbei (“Northeast”) rice and thin seedling rice. Fortunately, a more adept colleague than myself discerned that my organic rice was from Heilongjiang province, which is in China’s northeast.

My plan had been to cook identical quantities of the same rice in both rice cookers to see if there was a difference in taste. But upon turning to the Supor rice cooker, I discovered an embarrassing problem. 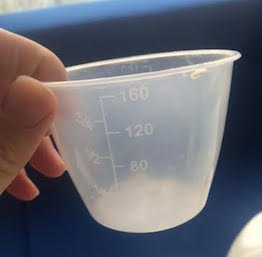 This had never presented an issue before, as I generally subscribe to the “eyeballing” method of making rice (also known as the “as long as it’s edible” approach). I mean, that’s how we all cook rice, isn’t it? Isn’t it? I suspected such parameters didn’t quite meet scientific rigor. I also realized that if my Supor sample failed, this experiment could expose to all my colleagues that I didn’t actually know how to make rice. I would lose face as a person of Chinese extraction. Still, it was too late to turn back. I filled both rice cookers and hit “cook.”

The Xiaomi rice cooker’s display was a little hard to see in China Real Time’s sunlit kitchen unless you shaded it with your hand, so at first it was difficult to tell if it was working. 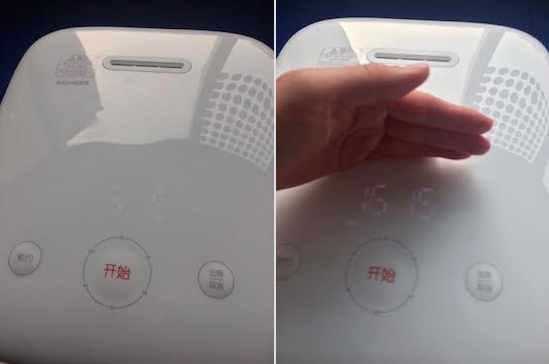 That turned out to be okay, because the Xiaomi app sent cooking updates. I’m not quite sure what happens in the “Big Fire” stage of cooking, but I was happy to be informed near the end that the rice had reached “best taste.” 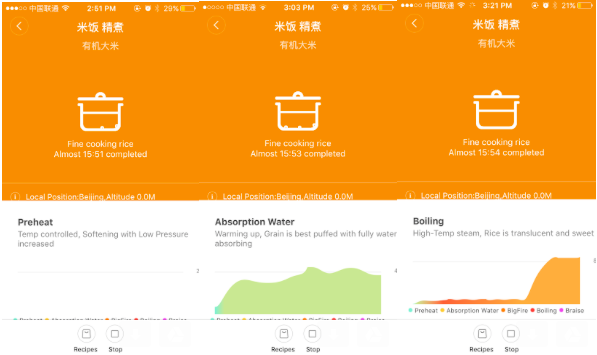 The various stages of cooking with the Xiaomi rice cooker. PHOTO: THE WALL STREET JOURNAL

Finally, it was time. Xiaomi’s app told me, “Have a meal.” 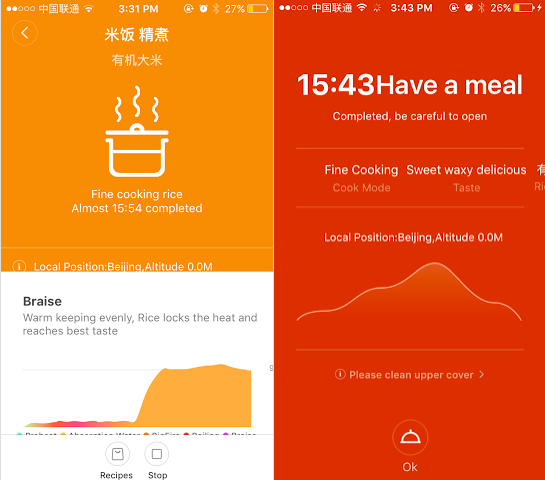 Several China Real Time colleagues were kind enough to help with a blind taste test. Most said there was a difference in taste, and I agreed. The Xiaomi cooker did produce rice with a firmer, springier texture. The Supor sample was more like your average homemade rice, a bit mushier with the grains not as distinct. I asked a colleague, Josh Chin — our resident culinary expert due to his past life as a chef on a man-made island — to better describe the difference. 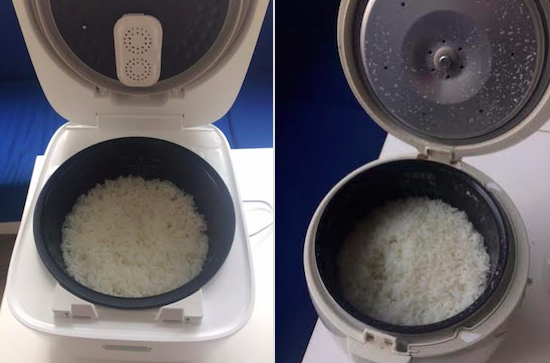 “The difference was subtle — I mean, it’s rice, right? — but the smart cooker definitely imparted a pleasing extra pearliness,” he said. “Now is that pearliness worth the extra $150? I guess it depends on how much rice you eat.” 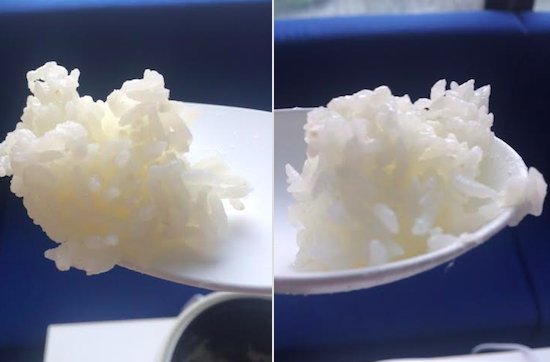 In conclusion, this was the most difficult and stressful rice-cooking session I have ever endeavored. But the rice was tasty. And it probably would be a lot easier the second time around, with all the initial set-up completed. And I can now tell Dongbei rice from thin seedling rice, which is surely a worthwhile outcome.